Wild as the Wind by M.Eistrup

Art begins with the depiction of animals. The caves of Lascaux and Chauvet are decorated with images not of hunters, but of the beasts which the caves’ primitive inhabitants hunted, lived with and dreamt about. The mystery of living in the world with creatures besides ourselves (creatures with whom we communicate, but not by language) has been a more or less fundamental motif in art since art began.

And among all the beasts – the lions and gryphons and eagles and elephants and oxen – perhaps none so important, so iconic as the horse. From the friezes of the Parthenon, through the statues of mounted warriors and victors that have given grandeur and meaning to public spaces since the renaissance, down to those amazing romantic canvases of artists such as Rubens, Géricault and Delacroix, the horse, in art, has transfixed man’s collective imagination. There seems to be something uniquely stirring about the way that, while harness-able to human need, the animal retains in a deeper sense its mystery, pride and inviolability.

These are some of the attributes observable in Michelle Eistrup’s images of wild horses taken over a two year period on the Danish island of Læsø. She approaches the recording task not as a professional wild-life photographer intent on  some captioned magazine article (excellent as such photo-features sometimes are), but as a free-floating artist, alert to the mythic quality of the animal she is photographing, yet in a loose and unforced way that avoids the tricks of postmodernist games-playing. There is a gentle humour at work throughout these images, one might even call it a humanism – though humans are conspicuously absent. The animals are left to their own devices, to graze or gambol, to nuzzle and be nuzzled; or merely to scratch their itchy parts against the branches of the island’s seaside forests.

Still, the artist’s proper concern with form is discernible in several ways, above all in the subtle play of contrasts that weave in and out of Eistrup’s photographs: snow with sand, darkness with light, stillness with movement, repose with wakefulness. Taken by themselves the pictures are extraordinarily beautiful; they have an unforced brilliancy -  sober and unshowy without being tiresomely “minimalist”.

Once you have paused in front of these static images, a further treat lies in store for the gallery visitor behind the thick black curtains that divide the central exhibition space in two. Eistrup is as good at video-photography as she is at traditional stills work, reminding us that at a certain stage in the history of art there emerged the possibility of our contemplating not just the frozen image of exotic animals (the original cave paintings, as it were) but their movement too. It was, after all,  the experimental photographs of Eadward Muybridge – one of the principal aims of which was to discover the lineaments of a horse’s galloping motion – that paved the way for the modern art form of cinema. Eistrup’s horses are closer to the riderless beasts of Tarkovsky and Fellini than they are to the more familiar mounts of the Hollywood Western – though the Western too, of course, has lovely images of horses on the roam; horses in landscape, free and untrammeled.

Installations are now so much a part of gallery art that one tends to take them for granted. But Eistrup’s installation here is exemplary, combining as it does experimentalism of form (it is not a “movie” or narrative) with a pleasingly uncomplicated readability.  The effect communicated is one of delicate intelligence, the hallmark of this artist’s work. Eistrup’s images have the integrity of someone who watches closely over a substantial period of time; who effaces herself in front of the object, rather than trying to force upon it an outside interpretation. Such selfless attention to process is rare in contemporary art, where (at least until recently) “gesture” and “concept” have tended to rule supreme. 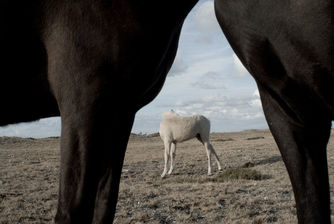 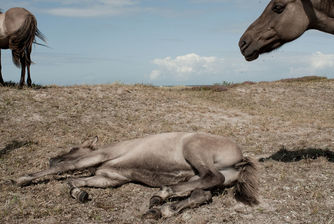 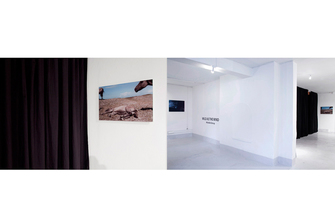 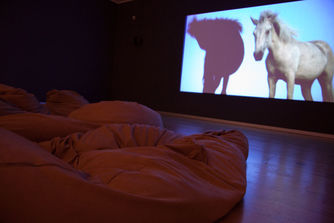 Wild as the Wind, Video, Statens Museum for Kunst, Copenhagen, 2011. 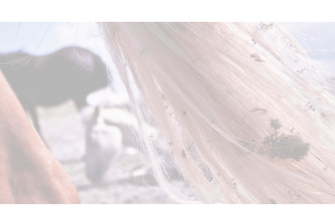 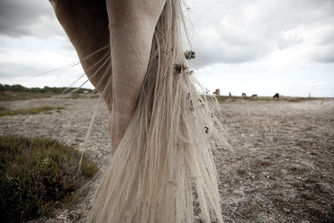 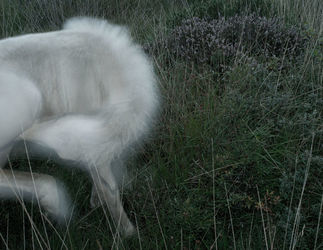 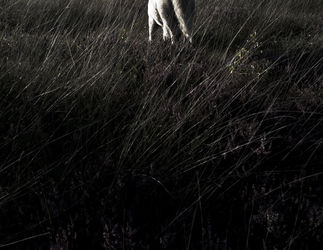 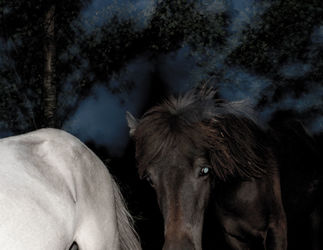 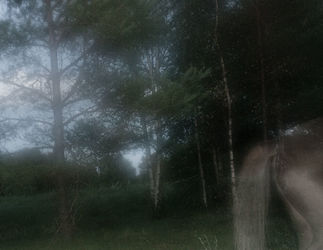 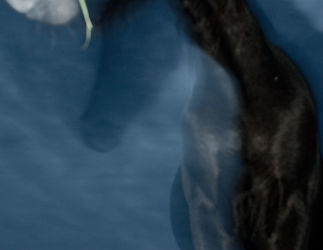 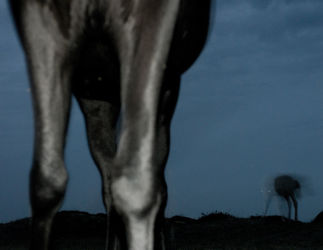 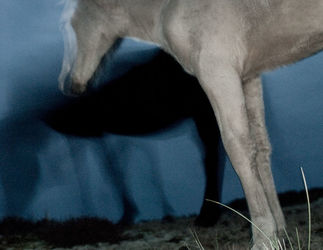 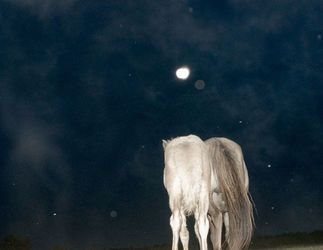 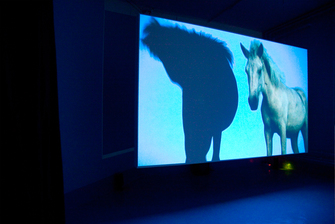