Excerpt of texts from manuscript from the Deep Underground and Up Above. Participants Rebecca Walker, Mitchella Hutchins, and Tessa Grimshaw. Narrator voice Michael Omoke. 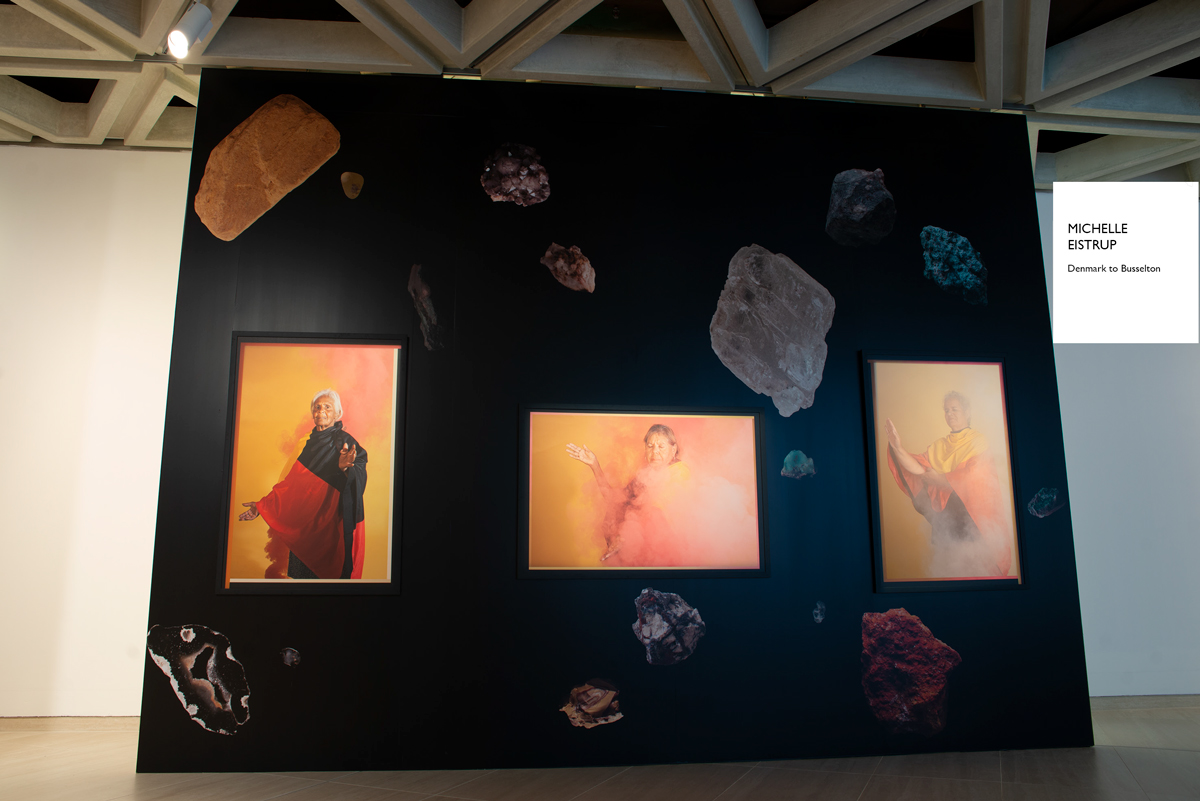 I can´t count the amount of times I heard people here speaking of the beauty of this environment, and then thinking wow… hardly anything is spoken about the fragility and brutality lying right below the surface. There is a type of propriety that even extends into the landscape, and there is a morality that is constantly there as inflection of right and wrong. The load of road signs with warnings is just one example. “Morality” or “settler-morality” is an aspect or code that seems to be a central question.” Narrator

“I was thinking of that in terms of even today, in this time you know 30 years later, how, while we’re trying to find ourselves in Busselton and work hard and who we are, we constantly will get a perception or a judgment, if people don’t know us very well on what they see with their eyes here right now. So there is a contrast between what people see and then what a reality is.” Rebecca

“The divide and conquer mentality bears repercussion in terms of who can say what and speak what, and where you should go and not go.” Narrator

“I think the biggest thing with the Australian history, and it’s a perception from all the wider community, not any one color. There’s just not enough education. People just haven’t learnt enough to know enough to understand enough before they make those big, complex opinions that they have very little knowledge based on.” Mitchella
“They had lots of funny things about looking at my feet and saying, oh she’s got the Jones toes. Because apparently all our family, the second toe is a bit longer than the first toe and they call that Jones toe. So that was a bit of a laugh for them. And trying to work out who I was most alike, they were having fun pulling photos out and saying, see this is who you look like yeah they were really looking and showing… “ Tessa

Excerpt of texts from manuscript from the Deep Underground and Up Above. Participants Rebecca Walker, Mitchella Hutchins, and Tessa Grimshaw. Narrator voice Michael Omoke.

Exerpt of Rebecca text: REBECCA
Probably the most time consuming can be the fencing, it just takes I guess a kangaroo to go through and you can’t
have the electrics down or the cows make their way onto the main roads. And now Busselton is getting so …
Well we’re 2000 acres, so one of the biggest farms down here, in the South West. And then I live about a k down
Chapman Hill Road, so we’re all the way down that way as well. Just before the golf course. So we’re quite big for one
person. He’s out til late and coming and going, I’m just the person that’s constantly there for kid's school, sport, and
running around.

I was thinking of that in terms of even today, in this time you know 30 years later, how, while we’re trying to find ourselves in Busselton and work hard and who we are, we constantly will get a perception or a judgment, if people don’t know us very well on what they see with their eyes here right now. So there is a contrast between what people see and then what a reality is.

12 years we have had 1 escape and 1 trip away from this farm and this life and a lot of people have gone you’ve got this and that because of Alex’s family and I will go, actually extreme debt and detriment with Alex’s family.The reason we had 1 holiday and actually a car is because of my family.
So now I have learned to basically just blurt it out and say it because then as I can feel my way in discussions and conversations I can hear when people are eluding, kind of a judgment made in a comment, and I basically just blurt it out and say it (as it) is now.
A lot of that is breaking into a community and a town to kill that illusion that is far far from the truth in reality. They will see this big house and we basically say, we can’t hire anyone to help us yet, so we do all the cleaning and maintenance and gardens and everything ourselves with this dream that we will get a business up and hire someone.
We didn’t build and create this house, but we have to maintain it.
So every form of window you can see, even actually doors where there’s glass was covered in venetian blinds and they were all closed.
So it was very much a, I’ll look out,but you don’t look in. Very closed up. A lot of dolls and eyes everywhere, so you could sit in this one seat where we are now and you could almost count 12 faces that stared at you, so it quite an eerie, like you were being watched from the inside all the time. It carried that feeling in here and .. Just the energy was deep and dark.
I have had that said to me many times, “now you don’t say what goes on behind closed doors". "Oh no, of course not, I wont say anything.” I had to promise that all the time. To my mother in law.
I was sitting on that couch over there not long after being married and told I wasn’t Mrs. Walker. She said "I’m the Mrs. Walker of town*, I said, "it’s alright".
She would speak as if she was a pioneering woman. Alex has got memories of her going to speak at many lectures and functions of being a lady of the land. Kind of all the big stories of the Hendersons, all the big women on the stations, she linked herself to them, in fact took some of their stories of their lives and her mind is that’s how she lived. So in her world and her perception of who she was, she spoke as being a lady of the land and off a farm and worked very hard. Stopping cattle, working with cattle when, when… I just had to look at the ground ´cause I was like, uh, that didn’t happen.[}

The difference is that here in Western Australia, the environment is especially raw and sore as if you are stepping off right after a history.

Exerpt of Tessa text:TESSA
My name is Tessa and I was born in Broome so I’m a Bard or Bardi person and I identify as an Aboriginal person quite strongly.
And my Mum was a single lady and she had a daughter already and my Aunties looked after that daughter so she didn’t get taken away. I was born in a hospital and the moment I was born I was taken away and my Mum, all she ever saw was the top of my head. I had lots of dark hair.
And they had given her a twilight birth, where they make them very dopey.
While they were still under the influence of the drugs they brought her some papers in for her to sign and she thought they were birth certificate papers but in actual fact they were adoption papers.
I was left in the Broome hospital for 6 – 7 weeks, then brought down to Perth where I was picked up by 2 ladies. The older lady took care of me for a while so I was sort of in between child, wasn’t belonging to anybody at that stage. Then they decided, then that lady decided to adopt me into her family so the paperwork was finalized and I grew up with them. They are English and I was the youngest of 3 children, they had 2 sons.
The birth parents wouldn’t know where the child went and the adoptive parents wouldn’t know where the child came from. So it was just sealed. Sealed the documents.
My Grandmother also used to work in the hospital. One of the nurses at the hospital was good friends with her and the nurse let my Grandmother know that I was there and she would come around and check on me. But I’ve only found that out in the last 6 months.
It is only because I’ve decided that I’m old enough now to just to go and do it myself rather than wait for my M other to tell me exactly what had happened. She has only told me a portion of it and it really doesn’t fill the gaps.
She just doesn’t want to talk about it. If she’s not going to do it, I have to find other relatives that might be able to tell me. So I’ve had to take a step back from her because I feel I have a right to find out my history.
Oh, I think it’s very traumatic for her to sort of, well find out that my Father walked out the moment he was told he was expecting a child. So there’s this young girl expecting to have this relationship, he’s gone. Then to have the child taken away. There’s lots of harm that’s gone on for her.
She would talk about recent events and what she was doing, but nothing about the history. She just chose not to talk about it. 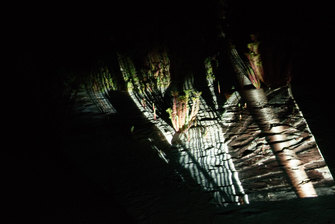 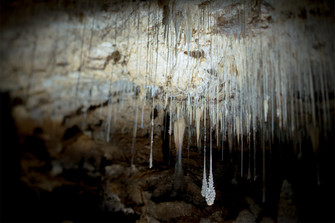 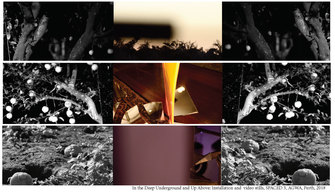 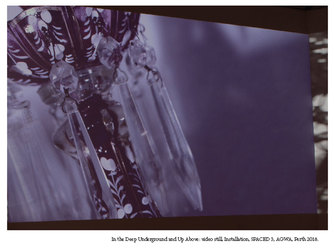 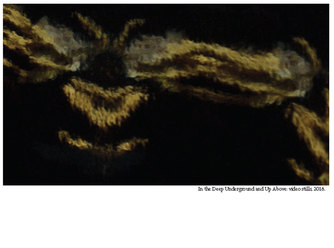 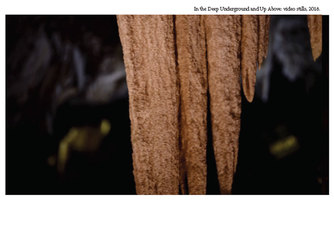